Hotshot maritime lawyer Jonathan Brooks may finally be in over his head. He can't find evidence that his client's ship was rammed by a U.S. Navy vessel—evidence he needs to win his trial and help his client escape bankruptcy. But after Jonathan's courtroom tactics expose a Navy captain lying under oath, the case takes a series of shocking turns, dredging up haunting memories of Jonathan's deceased brother. He soon realizes that the trial masks a vastly more sinister plot veiled by the shadowy past of the Cold War. To uncover it, he's forced to risk everything—and everyone—he holds dear. Lives and corporate empires hang in the balance as he embarks on a hunt for the truth, which will lead him through the sultry alleys of New Orleans to remote Scandinavian villages, and deep into Moscow's dark corridors of power.

"As good as Grisham and Forsyth's best." —Marc Paoletti, author of Scorch

You don't stand and wait as Hurricane Katrina barrels down on New Orleans, unless you don't have a choice, and maritime lawyer Jonathan Brooks has none. His career in shambles and duty bound to help a figure from his past locate her missing nephew feared drowned in the Mississippi, Brooks is burdened with responsibility and devoid of options. But Mariya is no friend. The sultry Russian provocateur saved his life a decade ago but not without dragging him into a world of murder, mayhem and deceit. As darkness bleeds into the Crescent City, Brooks' search for the truth behind a body in the river catapults him into an international storm that sweeps into the espionage underworld of Russia, the intelligence centers of Washington, D.C., the politics of North Korea, the waterways of the Panama Canal, the back streets of Havana and the barrios of Caracas, and into the heart of Jonathan's own darkness.

"Frieden keeps the suspense high and the twists coming in this gritty, complex and satisfying thriller." —Jamie Freveletti, author of Robert Ludlum's The Janus Reprisal

New Orleans attorney Jonathan Brooks is desperate to rebuild his law firm after Hurricane Katrina. Short on clients, he takes the only work he can find: a murky business deal in Ukraine. But after he lands in Kyiv, his client's executive vanishes. Suspecting foul play, Jonathan enlists the help of a U.S. diplomat. But the next day they are brutally ambushed. Injured and racing against the clock, Jonathan embarks on a frantic search for clues through the back alleys of Kyiv to an abandoned town near Chernobyl. Meanwhile, Jonathan's ex-wife Linda, a journalist, lands in North Korea to report on historic nuclear disarmament talks. She begins probing local officials, not realizing that she and Jonathan are both on a collision course with a deadly web of hackers, spies and assassins. To uncover the truth and save them both, Jonathan may have only one option: to go to Pyongyang with as much leverage as possible and try to make it out alive.

A seasoned assassin is released from prison and returns to his native Russia. Shortly after, disturbing chatter begins to spread over the dark web: some of the world’s top cyberhackers are disappearing. Meanwhile in New Orleans, hotshot lawyer Jonathan Brooks is battling prosecutors in the city’s most talked-about criminal trial in years. He’s gone all-in to defend his friend and client Cramer Banks, a popular Republican senator and close ally of the President, both of whom are on track for reelection. But one thing stands in Cramer’s way: corruption charges that could send him to jail for a decade. As Jonathan reenters the courtroom, he is summoned by FBI special agents seeking the whereabouts of a former client and computer whiz, Ramiz Kaya, who’d jumped bail years ago. They show him a letter postmarked in Istanbul and demand his help—supposedly for Kaya’s own safety. After digging deeper into the FBI’s cryptic request, Jonathan agrees to find Kaya in Istanbul. But soon after arriving, he’s attacked by unknown killers. As he pursues Kaya’s trail to India, through mysterious tech parks of Bangalore and deep into Mumbai’s criminal underworld, he begins to uncover a shocking, twisted secret that shatters his legal duties and loyalties. A secret about his client Cramer Banks. A secret that also can bring down the entire U.S. presidency. And Jonathan must decide whether the world must know, if he can live long enough to do so. 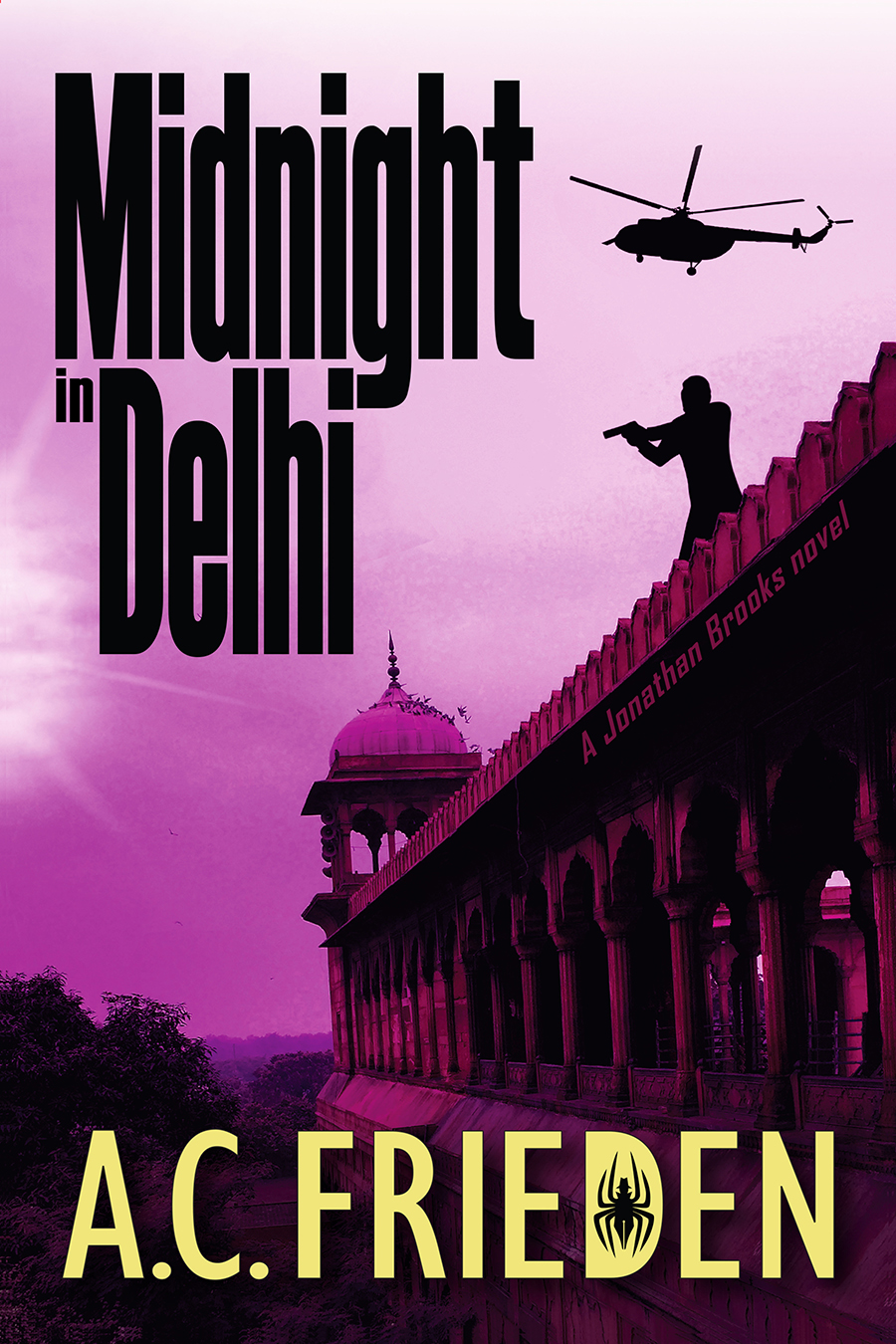 The fifth installment of the Jonathan Brooks thriller series will be set in New Delhi, Mumbai, Lima, London and Washington, DC. Check back for details.

Down, out and dead

A collection of short crime fiction

After three years and fifty-nine releases, some old, some new, Down & Out Books thought it was cause for a celebration, so it launched this thrilling collection of short stories. This critically acclaimed anthology is a sampling from twelve authors published by Down & Out Books. The contributions include six brand new stories, three excerpts from forthcoming novels and three previously published stories. The line-up of Down, Out and Dead is impressive: A.C. Frieden, Anonymous-9, Trey R. Barker, Rob Brunet, Tom Crowley, Frank De Blase, Les Edgerton, Jack Getze, David Housewright, Bill Moody, Gary Phillips and Robert J. Randisi. A.C. Frieden's short story The Rendezvous in Down, Out and Dead is an adaptation from his forthcoming spy thriller The Pyongyang Option. 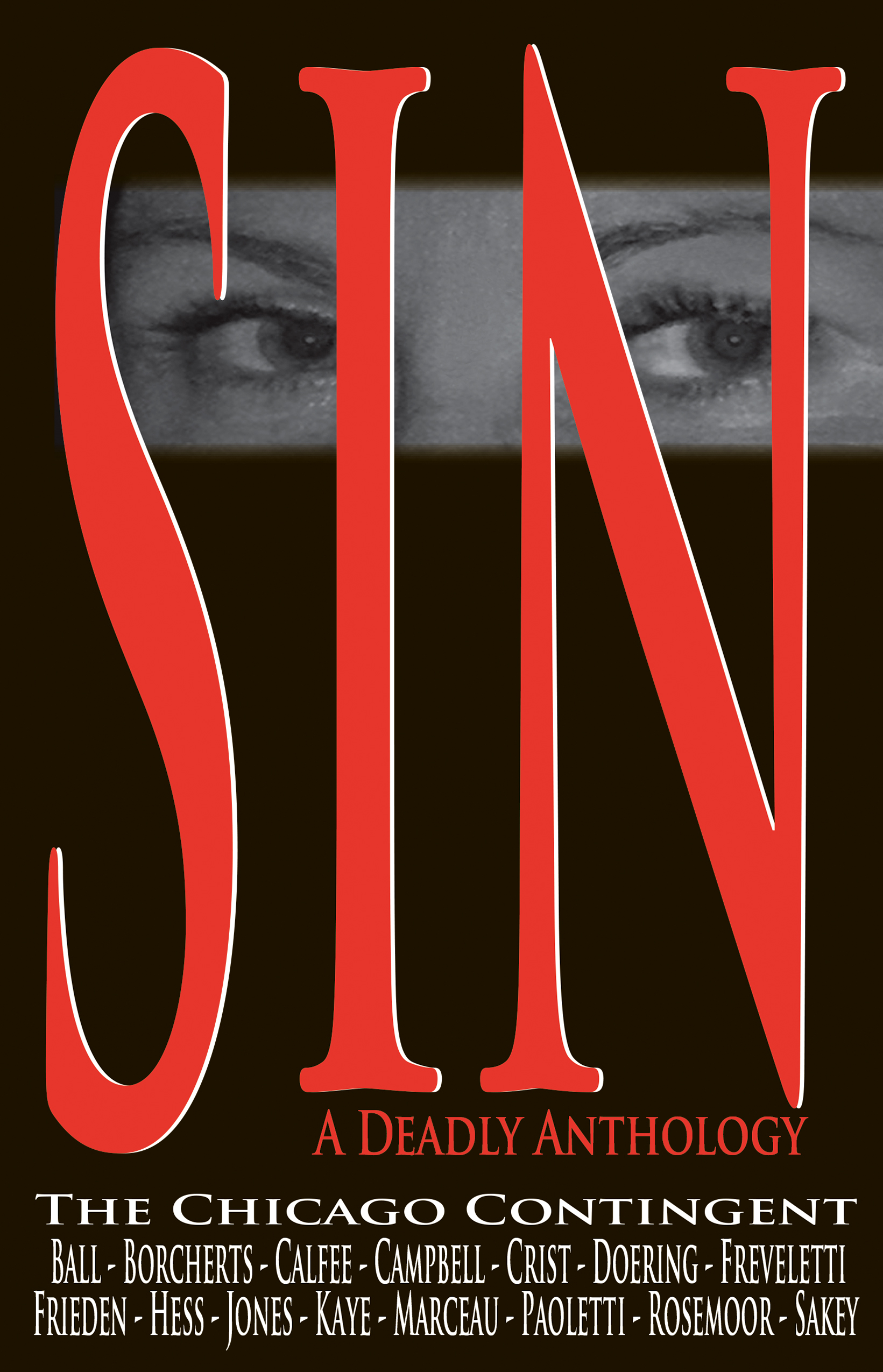 A collection of short mysteries and thrillers

Don't miss this exciting collection of short stories that explore how we as ordinary humans cope with circumstances that test our convictions: a loving husband's desperation during the Katrina disaster (Paoletti), a woman's struggle to accept family secrets that contradict stories she heard as a child (Campbell), a contract killer's reassessment of personal priorities as he carries out his final assignment (Frieden), a woman's life-changing altercation with a gang in Humboldt Park (Borcherts), and much more. The authors include A.C. Frieden, Alverne Ball, Julia Borcherts, Sarah Calfee, Megan Campbell, Frank Crist, Sharon Doering, Jamie Freveletti, Ric Hess, Darwyn Jones, Dana Kaye, Joseph Marceau, Marc Paoletti, Patricia Rosemoor, and Marcus Sakey.

It was a burglary of epic proportions. An ambassador's wife was dead, the famous Desert Lights paintings are missing, and a Saudi diplomatic residence in Washington is left smoldering. The shocking incident forces the FBI into a frenzied search for clues. Pressed for time, they turn to Richard Nash, a art journal editor, and quickly persuade him to assume the role of an undercover operative for a risky mission: to become a confidant of their lead suspect, Sara Mundhir. After all, she had an ax to grind with the House of Saud, having recently lost a lengthy legal battle for her father's paintings. For over a year Sara became Nash's world, his constant vigil, his obsession...until suddenly she was abducted. Now, six years after the investigation failed, Nash stumbles onto a new clue that could help him find Sara and the answers to a haunting past. But he quickly falls into a web of murder and deceit and a deeper plot that could turn the entire Middle East into an inferno.

Thrilleresque magazine and other features